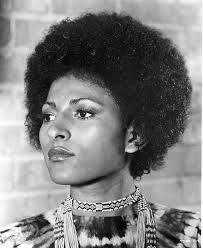 ‘Nasty.’ That is a remark commonly heard in my culture to characterize mostly children, mostly girl children when they react to the pain they feel from having their hair tugged from the root – otherwise known as having it combed.

The whole process is carried out daily across the planet as a grooming practice to be presentable to the public. The very person who should be an empathetic supporter for the child often performs the pain-inducing process.

Instead, that may be the first person to label the child as ‘nasty’ for not wanting to be tortured daily by having her hair pulled. It may even be that person went through the same abuse at an earlier age.

The obsession with hair as it presents on the heads of Black people, especially Black women and girls, is pathetic and deplorable.

The obsession has given rise to any number of industries. All manner of hair ‘care’ products are making millions (billions?) of dollars to placate the shame that has been internalized about a genetic normality.

Have there been as many books and heartfelt documentaries about any other hair type?

When we finally assign the term ‘good hair’ to the history books, it will be a massive victory.

It seemed as if that had been happening during the Civil Rights era of the 1960s in the United States, which then spread across the African Diaspora. Remember the Afro? Remember all those Blaxploitation movies that featured actors like Pam Greer sporting a supersized Afro?

The good news is that the current young generation of Black folks is, as it were, finding their roots. Out on the streets of Toronto, it is beautiful to see this. The creativity is also beautiful.

This is not about being against styling that includes straightening the hair, for instance. Every person should feel free to groom his or her own hair according to personal self-expression.

It is instead about a forced expectation about what the hair of Black people is supposed to look like. It is about how Black people internalize these notions such that they despise their own God-given being.

It is also about how people who are not Black feel they have the right to tell Black people how to be in their appearance in order to make those people feel safe and comfortable.

Another person’s discomfort with the appearance of the natural hair of a Black person should be understood as a personal problem specific to that individual; an issue to work through with a spiritual leader or psychological counselor.

The same goes for those who decide that another person’s sensitivity to pain should be characterized as ‘nasty’. Who gets to decide how any person experiences pain in the body besides the person feeling the pain?

The larger point is this: There is a strong tendency to cast our internal discomfort onto others around us. This would be similar to taking your bag of garbage and dumping it at your neighbour’s front door. We all know that kind of behavior is socially unacceptable. Yet, it is often the way with personal prejudice or emotional discomfort.

Ironically, projecting these aggravations onto other persons gives them an appearance of power over our feelings. Disliking what someone else chooses to do with his or her external appearance may be a matter of personal taste, but it’s not okay to decide for that person how he or she should be.

If the discomfort moves to wanting an entire segment of society to conform one’s preference, that should be seen as the call to do the internal work to recover from a misguided belief system.

Pat Watson is the author of the e-book, In Through A Coloured Lens. This opinion column is in the September 27, 2018 issue of Share Newspaper – http://www.sharenews.com

The thing about living in large urbanized regions such as Toronto, or any other big city for that matter, is that we can become largely disconnected from the subtleties of the natural environment. Apart from those individuals given to studying the messages that Nature gives as conditions change, most people do not pay too much attention to what the Earth does. Rather, the common concern is what we can get from Earth – air, water, food, wood, oil, gas, and minerals.

We pay greater attention when Nature sends up a monster. During the weeks that have just past, monsters have come along. Hurricane Harvey will go down in weather history as a category 4 storm; that is, carrying winds of 209- 251 kilometres per hour or 130-156 miles per hour.

In the hours, yes hours, following Harvey’s assault along its path across St. Lucia, St. Vincent and the Grenadines, Barbados and Grenada over to Mexico’s Yucatan Peninsula and then on to Texas and Louisiana in the U.S., news came of Hurricane Irma.

The history of the word ‘hurricane’ has its origin among the Taino people taken by Spanish explorers arriving in the 15th century in the region we now call the Caribbean. The translation is ‘god of the storm’. On the other side of the world, the same type of storm is referred to as typhoon, translated as ‘big wind’.

Regardless of what name humans attach to these monsters, the devastation is the same. They were monsters a millennium ago and they are monsters today. But, there is something more. The emerging effects of our changing planetary climate conditions appear to have added more fury to these mega storms.

As is often the way in reporting these effects, news has been measuring the effect of Harvey in the billions of dollars. One report projected that Hurricane Harvey would leave $180-billion in damage on its wake. Then there is the cost in lives lost, an estimate of 60 so far just in the U.S.

Because media tend to focus on the nearest spectacles, it is perhaps no surprise that the more devastating floods that hit parts of the African continent received less notice here. But, an estimated 1,500 people died in recent floods there. In Freetown, Sierra Leone, the mudslides that came with floodwaters in mid August caused a catastrophe. Floods hit Niger’s capital city Niamey, took the lives of 200 in Ituri, Congo and left more than 110,000 households displace in Benue state in Nigeria. In South Asia, the heaviest monsoon rains in 15 years caused serious flooding and left buildings collapsed in Mumbai, India.

Even here in the Greater Toronto Region, the spring and summer came with more than the usual amount of rainfall and cooler temperatures.

What then can we make of this? The climate change debate has become a political football and has also given rise to climate change deniers. The notion that the accelerated pace in the increase in global temperature can be blamed on human activity has become the battlefront. But, the basics are these: the oceans are warming and with warming oceans there will be stronger, more powerful storms, like category 4 Hurricane Harvey and Hurricane Irma.

Someone recently explained it neatly. If a baby’s temperature rises two degrees above normal, a parent would be concerned enough to seek medical help. As with the baby, so with Earth’s atmosphere.

We need to get on with corrective action and solutions, because it looks like weather conditions are becoming more furious.

In recent weeks, I have been sharing information on the incredibly harmful health and environmental effects of coal-fired power plants (including the huge amounts of waste it produces) – whether from the pollution of air, water and land or from the high carbon emissions contributing to climate change. (There’s a good website from the Union of […]

When people owe you money and are not willing to pay for what they so eagerly took from you, it is a short distance for them to make the person owed into some kind of unworthy individual. That justification of convenience serves to relieve the person who owes from the burden of his responsibility to pay.

Of course, it is faulty thinking. A debt is a debt, and the person owing has a responsibility to square the circle. Running from that responsibility is not the right answer. In fact, it is dishonorable.

And, you’d better not tell the person you owe to get over it. Or, as England’s Prime Minister, David Cameron, said before Jamaica’s Parliament recently in response to the growing call for reparations and apology for Britain’s role in the transatlantic slave trade, “Move on.”

That is not going to work.

A young man searches for his identity. Young Black men lose their lives to the stories created about them that they then buy into. A mysterious bus driver documents an apocalyptic tale of our contemporary lives as it relates to the Book of Revelations. A woman speaks in the Council Chamber at Toronto City Hall to tell how her life went from normal to the desperation of depression, homelessness and then recovery. A northern city becomes known for its annual Caribbean carnival rivalling many similar celebrations around the globe. A little girl skips along a sidewalk, bringing memories of long forgotten childhoods. “In Through a Coloured Lens” is a compilation of timely and timeless columns selected from the hundreds I have written that have appeared over the past ten years in Share newspaper – “Canada’s largest ethnic newspaper”. Here are words on the lives of African Canadians and the issues that affect us here and also beyond our Canadian borders. With my particular insights colouring each view, themes range from family relations to race relations, politics to humour, mental health and poverty, and even spirituality. For added dimension, there are illustrations by M.W. Santerre.